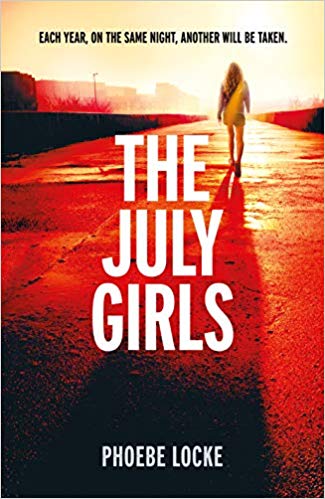 Every year, on the same night in July, a woman is taken from the streets of London; snatched by a killer who moves through the city like a ghost. Addie has a secret. On the morning of her tenth birthday, four bombs were detonated across the capital. That night her dad came home covered in blood. She thought he was hurt in the attacks – but then her sister Jessie found a missing woman’s purse hidden in his room. Jessie says they mustn’t tell. She says there’s nothing to worry about. But when she takes a job looking after the woman’s baby daughter, Addie starts to realise that her big sister doesn’t always tell her the whole story. And that the secrets they’re keeping may start costing lives…

‘a gripping read and almost impossible to put down’ Jo Jakeman, author of Sticks and Stones on THE JULY GIRLS

‘Beautifully written, not a word out of place, this deserves to be the summer’s breakout hit’ Fiona Cummins, author of Rattle on THE JULY GIRLS

‘An extraordinary novel that gets under your skin from the very first page. Shocking, yet subtle, the menace drips off every page, making it an almost unbearably good read. Such an intricate, absorbing story that more than delivers on its knock-out premise (and boy, is it a knock-out!)’ Caz Frear, author of Sweet Little Lies on THE JULY GIRLS

‘I have just ripped through The July Girls in less than twenty-four hours – what an absolute *corker* of a novel!’ Lisa Hall, author of Tell Me No Lies on THE JULY GIRLS

‘Phoebe Locke has knocked it out of the park once again with THE JULY GIRLS. Atmospheric and beautifully written, it really is stunningly good.’ Cass Green, author of In A Cottage In A Wood on THE JULY GIRLS

‘Loved it as much as THE TALL MAN. Chilling, gripping and unputdownable, with a wonderful protagonist. A must-read this summer’ Karen Hamilton, author of The Perfect Girlfriend on THE JULY GIRLS

‘An original take on the serial thriller killer that grips and disturbs, filled with characters who will linger long after “The End”. As a reader I’m so excited that I’ve discovered Phoebe Locke’ Catherine Ryan Howard, author of Distress Signals on THE JULY GIRLS

‘The July Girls is a page-turning, atmospheric thriller about a serial killer, but at the same time a sensitively written coming of age story with a wonderful central character.’ Jenny Quintana, author of The Missing Girl on THE JULY GIRLS

‘Stayed up late last night to finish THE JULY GIRLS, a beautifully written, expertly crafted thriller packed with genuine surprises. I also loved the contemporary London setting and how the book showed the coming of age of the heroine, and the city itself’ Amy Heydenrych, author of Shame on You on THE JULY GIRLS

‘Thrilling, poignant and unpredictable, Phoebe Locke takes this serial killer chiller to a whole new level. I loved the Tall Man, The July Girls is even better.’ Chris Whitaker, author of All The Wicked Girls on THE JULY GIRLS

‘One of the most atmospheric and original thrillers I’ve ever read, THE JULY GIRLS is full of twists and turns, and memorable, realistic characters. I didn’t want it to end. It’s a book I’ll be thinking about for a long time. I can’t wait to read what Phoebe writes next’ Charlotte Duckworth, author of The Rival on THE JULY GIRLS

I want to thank Anne Cater for inviting me on this blog tour and Wildfire for providing with a copy of the book in exchange for an honest review.

I’ve heard lots of good things about Phoebe Locke and after reading this I can’t wait to get stuck into her first thriller The Tall Man.

It is difficult to do The July Girls justice in my review but I’ll try my best!

We follow Addie starting around her tenth birthday, getting to know her sister Jessie and her dad who always seems to be working leaving Jessie to look after her little sister. On the night of Addie’s birthday, 7th July 2005, terrorists attack the city of London. Her father comes home covered in blood.

Unable to leave it alone Addison digs and finding out that women have been disappearing every year on the 7th July. Could her dad be the serial killer they nicknamed Magpie?

The novel is told through Addison’s point of view, with snippets from a ‘true crime’ book and interspersed with little insights into the killers mind.

The July Girls starts off as quite a slow burn novel but it was Addison’s narration that kept me absorbed from the start. She was such a compelling character, her voice really comes off the pages making her feel almost real.

Also using the events going on in 2005 and the subsequent years it really adds to the novels authenticity and atmosphere.

I will say this is probably leaning towards domestic drama rather than psychological thriller but it is still a great read and my goodness it was one of the best endings I’ve read in a while.

The July Girls is a complex and emotional tale with realistic characters and settings that will keep you enthralled until the end.

PHOEBE LOCKE is the pseudonym of full-time writer Nicci Cloke. She previously worked at the 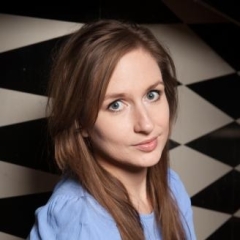