Welcome to the escape room. Your goal is simple. Get out alive.

In the lucrative world of Wall Street finance, Vincent, Jules, Sylvie and Sam are the ultimate high-flyers. Ruthlessly ambitious, they make billion-dollar deals and live lives of outrageous luxury. Getting rich is all that matters, and they’ll do anything to get ahead.

When the four of them become trapped in an elevator escape room, things start to go horribly wrong. They have to put aside their fierce office rivalries and work together to solve the clues that will release them. But in the confines of the elevator the dark secrets of their team are laid bare. They are made to answer for profiting from a workplace where deception, intimidation and sexual harassment thrive.

Tempers fray and the escape room’s clues turn more and more ominous, leaving the four of them dangling on the precipice of disaster. If they want to survive, they’ll have to solve one more final puzzle: which one of them is a killer? 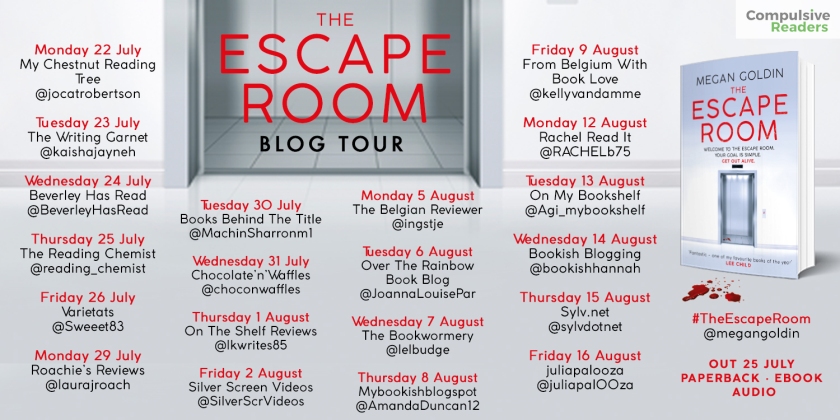 The Escape Room is two from two perspectives, the people trapped within the lift and a woman named Sara Hall.

Sara is offered a job at a top financial firm on Wall street, after struggling to find a job. At first, it’s tough, long hours and a less than friendly welcome from her new colleagues. But she finds herself with more money than she’s had in a long time.

She ignores the toxic work environment, ingrained sexism and back stabbing workmates until it’s too late.

Meanwhile the people in the lift are sent more and more cryptic clues. Someone is messing with them. Tempers flare and paranoia sets in.

Wow what a fantastically twisted thriller the escape room was! I will freely admit I have a love of locked door mysteries but this is still one of the best I’ve read so far this year.

From the very beginning we know that something bad has happened within the confines of a lift but the who and the why is where this novel really keeps you hooked.

What I also loved was when I thought this novel was going in one direction, the author threw in a twist I didn’t see coming, keeping me guessing all the way through.

Of course most of the characters aren’t particularly likeable, especially the people trapped in the lift but I found it easier to read someone like that being toyed with than someone I actually liked.

The escape room had plenty of gasp out loud twists and turns that really kept me on my toes while I was reading it.

Megan Goldin is the bestselling author of “The Escape Room”, praised by Lee Child as “one of 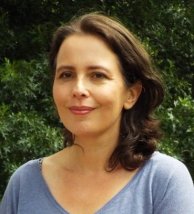