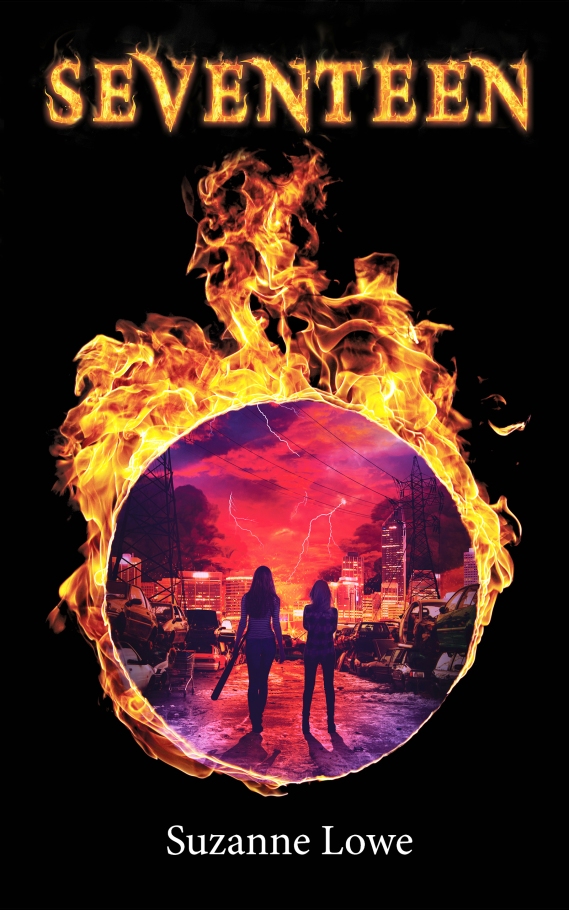 Title: Seventeen (Book 1 in the Seventeen series) by Suzanne Lowe

Imagine a world where everything you grew up with is gone. No adults, no internet, no rules.

The world is facing the deadliest virus ever known.

When the KV17 virus kills everyone above the age of seventeen, life becomes a battle of survival for the children left behind. Seeking to escape the escalating violence in the city, two sisters, Lexi and Hadley flee to the Australian outback. Finding sanctuary in the small town of Jasper’s Bay, they soon realise it is far from safe, as a gang of lawless teenagers terrorise the town.

Caught in a bitter feud leading to betrayal, deceit and murder, the girls must quickly uncover who their enemies are, and who they can trust.

In a world drastically changed from everything they once knew; can the sisters and children of Jasper’s Bay learn to adapt? Can they maintain control of their town, and protect it from those who would destroy it?

Book One in the YA Seventeen Series

Winner of the New Apple YA horror/Sci-Fi award

with her husband, two daughters and cat Abby.

Suzanne has a Bachelor of Science Degree, majoring in Sports Science. Her interests include watching movies, particularly sci- fi, travelling, photography and reading. She also enjoys going to the occasional comic book convention!

Like the young women in her stories, Suzanne has had the opportunity to experience many exciting adventures in her life so far including being part of the Australian Army Reserves, climbing to Mt Everest base camp, descending into one of the pyramids at Giza in Egypt, flying in a hot air balloon over the Valley of the Kings, parachuting from a plane at 12000 feet in York and sitting on the edge of an active volcano on Tanna island in Vanuatu.

Suzanne is a member of the Society of Children’s Book Writers and Illustrators and the Australian Society of Authors.

Her published works include;

Seventeen, Book One in the Seventeen Series. A YA dystopian adventure story set in Australia. Winner of the New Apple E-book awards in YA horror and Sci-Fi

The Pirate Princess and the Golden Locket, a pirate adventure story for middle grade children