Today I’m shining a spotlight on the latest novel from Richard Dee, The Hitman and The Thief as part of the blog tour organised by Rachel at Rachel’s Random Resources.

Title: The Hitman and The Thief by Richard Dee

Assassination can be a messy business, especially if you’re having a bad day.

Fliss has a rival, Kalindra Dallin. She runs a particularly unpleasant planet. Dan is told to arrange her demise. It’s just another job; until a random event means that it all goes horribly wrong.

To save his skin, Dan is forced to try again, only this time he has to work with a partner. He doesn’t want to but it’s the only chance he’s going to get; if he wants to put things right.

Can the hitman and the thief get the job done, more importantly, can they keep each other alive?

“Richard’s latest book, The Hitman and the Thief, takes the reader on a twisting journey through different worlds. The action moves swiftly, with unexpected twists and turns. As usual, Richard’s excellent technical knowledge conveys a gritty reality with ease. This is a fun read, hard to put down and I sure hope there is a sequel in the making.”

Richard Dee is from Brixham in Devon. Leaving school at 16 he briefly worked in a supermarket, then he went to sea and travelled the world in the Merchant Navy, qualifying as a Master Mariner in 1986.

He has also worked as an Insurance Surveyor, Lockmaster, Harbourmaster and Ships Pilot, taking over 3,500 vessels up and down the Thames, passing through the estuary, the Thames Barrier and Tower Bridge.

Since the publication of his first Science Fiction novel, Freefall, in 2013, Richard has written another twelve novels, a textbook and a selection of short stories. He has been featured in several anthologies, including 1066 Turned Upside Down and Tales from Deepest Darkest Devon.

Richard is married with three adult children and three grandchildren.

If you’d like to know more about my writing, my website is richarddeescifi.co.uk. Head over there to see what I get up to, click the FREE STUFF tab or the My Novels and Short Stories tab to get all the details about my work and pick up a free short story. Why not join my newsletter and get a free short story, unavailable anywhere else.

My Amazon author page is here.

My Goodreads page is here. 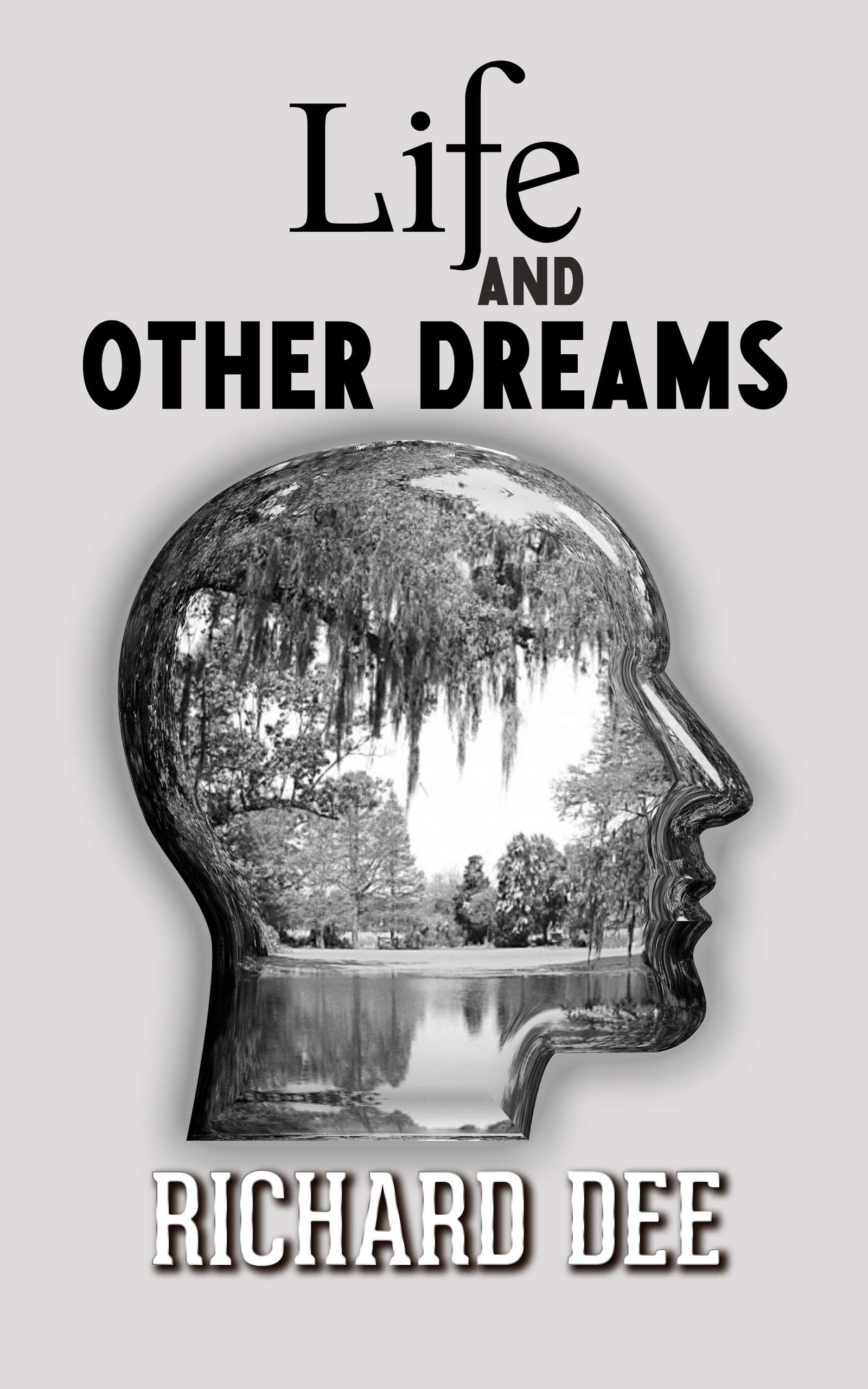 Title: Life and Other Dreams by Richard Dee

Rick lives here on Earth now, with Cath. His life is boring, writing adverts for cat food and exotic holidays. When he’s asleep, he dreams vividly.

In his dreams, he lives as Dan, spending his time with his wife Vanessa. They live six-hundred years in the future, half a galaxy away. They’re explorers, searching for valuable minerals on Ecias, an alien paradise.

Dan has no dreams about Rick’s life, he lives on Ecias, loves his life and Vanessa.
When the two worlds overlap, Rick starts to question what is real. Events in his waking and sleeping lives are mirrored, similar people inhabit both and coincidences mount up. Then disaster strikes in each world at the same time. In his dreams, Dan is accused of a crime he didn’t commit. Meanwhile, after one coincidence too many, Cath thinks that Rick’s dreams are hiding an affair and leaves him. 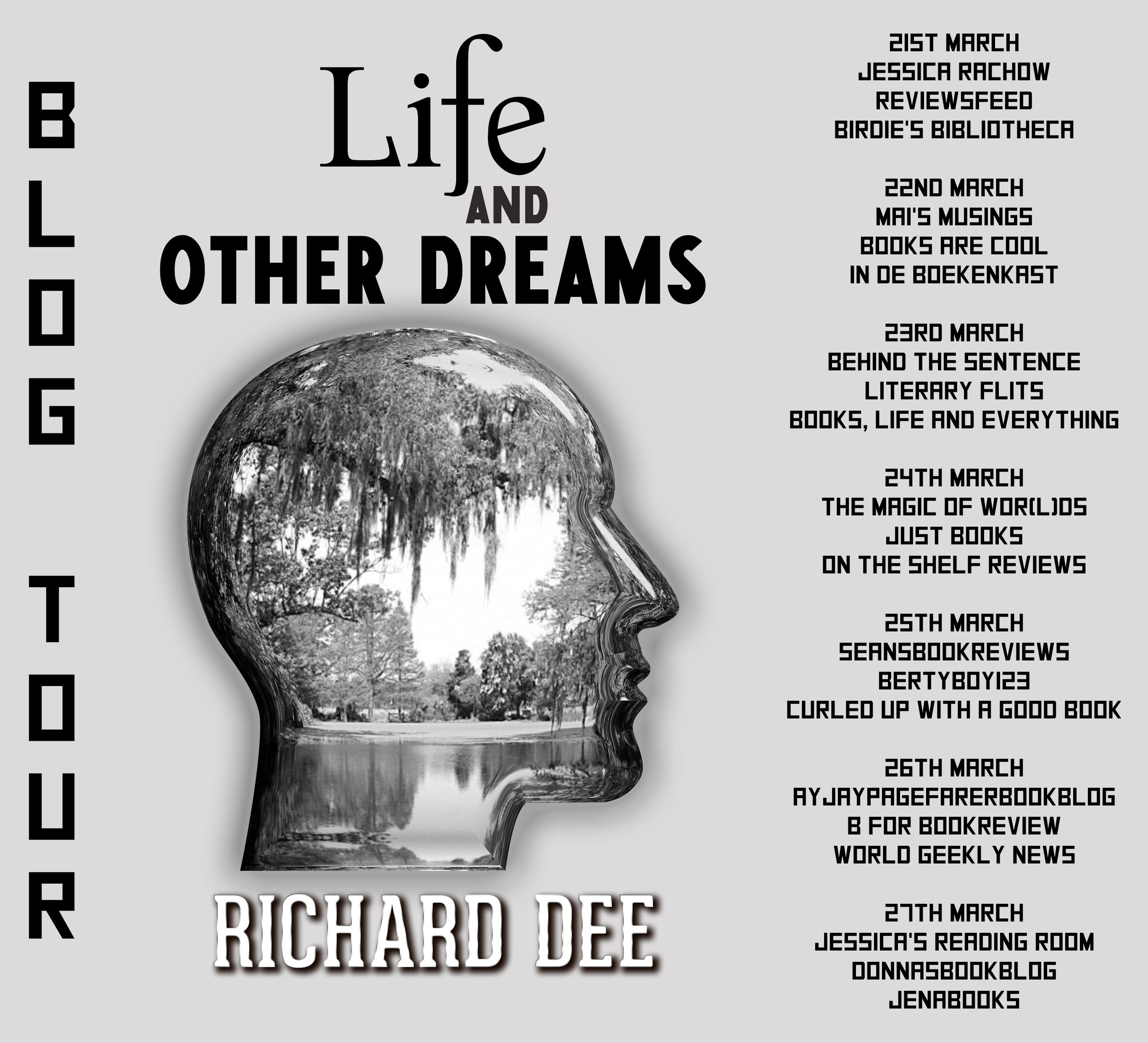 In life and other dreams, we follow Rick in his seemingly ordinary life on Earth. When he sleeps he had vivid dreams of a paradise like planet called Ecais and a couple named Dan and Vanessa. Their life is full of adventure and spontaneity but that all ends when a group of plant hunters come to the planet and Dan is accused of a crime he didn’t commit.

The lines between dreams and reality blur and Rick finds his life is falling apart. What is real and what’s not?

I always enjoy when an author combines two genres I enjoy, in this case sci-fi and thrillers, to make a really original and intriguing novel. I won’t lie, it is a bit of head trip but in a good way.

There’s some fantastic world building too, Richard Dee takes the normal and the not so normal, to create the planet Ecais, it was so vivid I could almost picture it in my head.

I have to be honest, the pacing in this novel was a little up and down. Sometimes I was on the edge of my seat, only to be distracted by a lot of information or a change in perspective, which slowed the pace down but of course that’s just my opinion.

Life and other dreams is an original and out of the box sci-fi thriller for anyone who is looking for something a bit different.

Richard Dee is a native of Brixham in Devon. He left Devon when he was in his teens and settled in Kent. Leaving school at 16 he briefly worked in a supermarket, then went to sea and 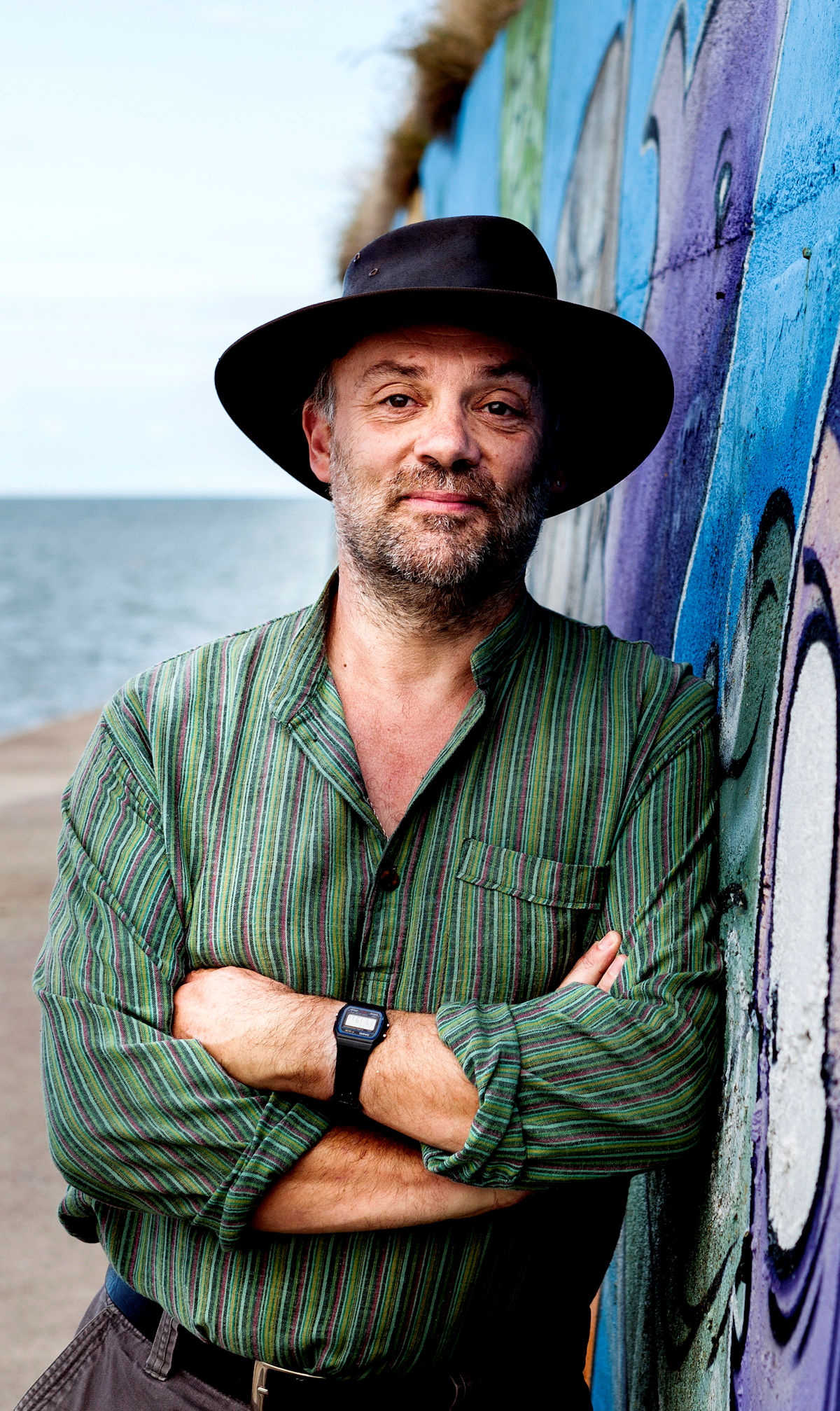 travelled the world in the Merchant Navy, qualifying as a Master Mariner in 1986.
Coming ashore to be with his growing family, he used his sea-going knowledge in several jobs, working as a Marine Insurance Surveyor and as Dockmaster at Tilbury, before becoming a Port Control Officer in Sheerness and then at the Thames Barrier in Woolwich.

In 1994 he was head-hunted and offered a job as a Thames Estuary Pilot. In 1999 he transferred to the Thames River Pilots, where he regularly took vessels of all sizes through the Thames Barrier and upriver as far as HMS Belfast and through Tower Bridge. In all, he piloted over 3,500 vessels in a 22-year career with the Port of London Authority.

Richard is married with three adult children and three grandchildren.

His first science-fiction novel Freefall was published in 2013, followed by Ribbonworld in 2015. September 2016 saw the publication of his Steampunk adventure The Rocks of Aserol and of Flash Fiction, a collection of Short Stories. Myra, the prequel to Freefall was published in 2017, along with Andorra Pett and the Oort Cloud Café, a murder mystery set in space and the start of a series featuring Andorra Pett, an amateur detective. Sequels to Ribbonworld and The Rocks of Aserol have been published, together with a second Andorra Pett story, Andorra Pett on Mars. He also contributed a story to the 1066 Turned Upside Down collection. Richard is currently working on prequels, sequels, and new projects.

You can find out more about me on my website at richarddeescifi.co.uk. Head over there to see what I get up to, click the FREE STUFF tab or the PORTFOLIO tab to get all the details about my work and pick up a free novel or short story.