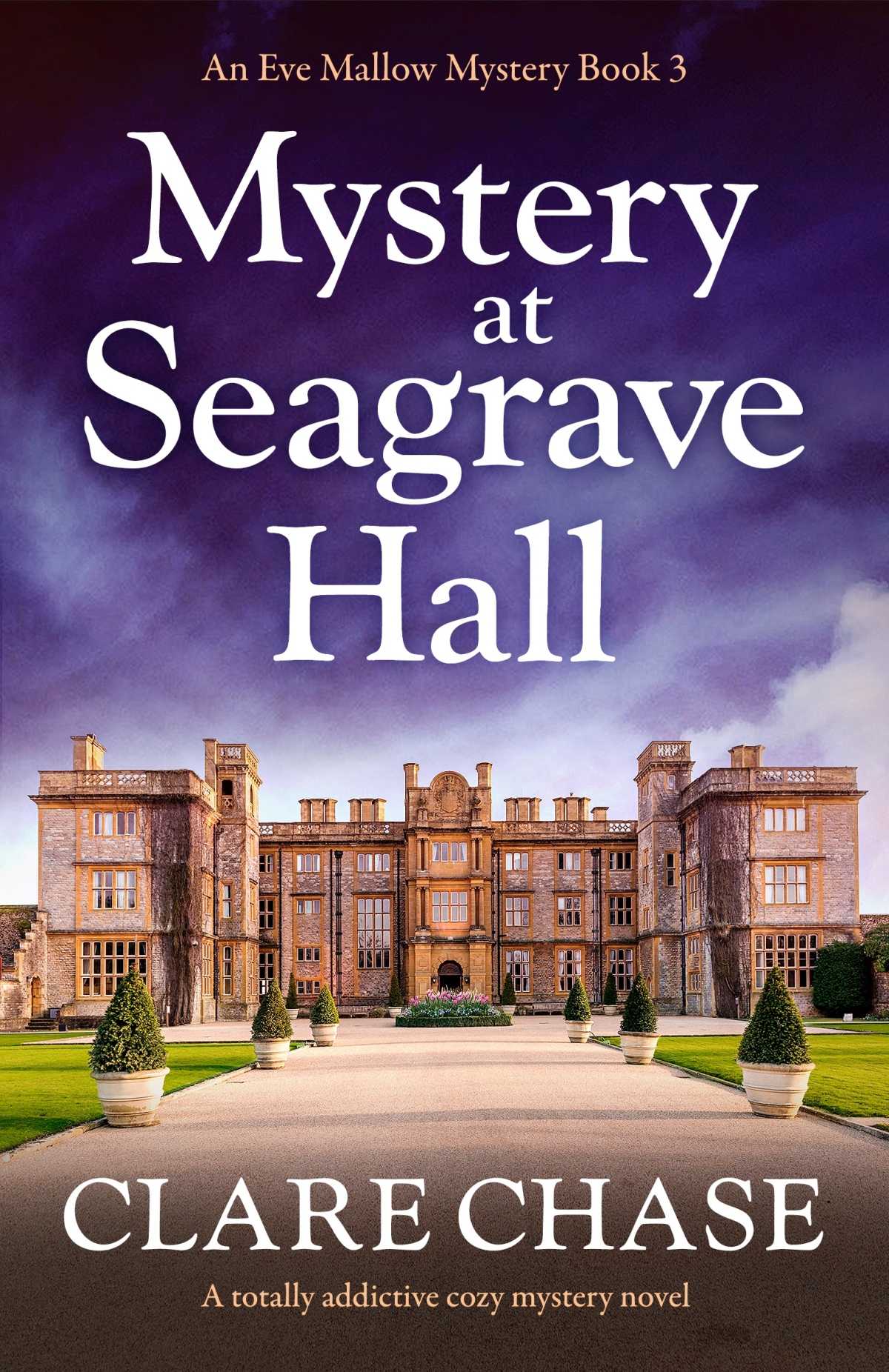 It’s Eve Mallow’s first visit to the local village fair. But amidst the booths, stalls, tables and tents lurks something darker… A mysterious fall means a new case for amateur detective Eve!

The charity fair at Seagrave Hall is a key date in the Saxford St Peter calendar – a chance for the villagers to nose around the house and grounds and cross paths with the rich and famous.

New resident Eve Mallow is particularly excited by this year’s special guest: the explorer Verity Nye, who is engaged to the heir to the Hall. Eve loves Verity’s determination, and she can’t wait to meet her.

But when they talk, Verity hints that she has something troubling on her mind. So after the festive mood is tragically interrupted by Verity’s fall from a third-floor window, Eve can’t be sure that it’s an appalling accident. Especially when one small boy claims he saw someone behind her…

Soon Eve finds herself tasked with writing Verity’s obituary. As she dusts off her notebook and begins her interviews alongside her trusted dachshund sidekick Gus she realises she has a fine array of suspects before her. Could it be a corrupt charity manager, the distraught fiancé, or jealous cousin Cora? And can Eve find out before her questions cause the killer to turn on her?

A charming and gripping page-turner, perfect for fans of Faith Martin, Agatha Christie and Betty Rowlands.

I want to thank Noelle at Bookouture for inviting me on this tour and providing me with a copy of the book in exchange for an honest review.

Eve Mallow the obituary writer/ amateur sleuth is back again in her third adventure, it doesn’t matter if you haven’t read the first two in the series as they can easily be read as stand-alones.

Mystery at Seagrave Hall is an interesting twist on the classic country house murder. Famous diver Verity Nye falls from a window at Seagrave hall, it’s classed as an accident until a little boy pipes up and says there was someone behind her. Was she pushed?

Eve can’t leave it alone so with the help of the secretive Robin Yardley and her trusty dachshund Gus she starts digging into the mystery, putting herself in more danger than she’d bargained for.

If you love the British countryside, mysteries that are not too explicit with a hint of romance you really can’t go wrong with this series.

I enjoyed Eve’s growth from the first book to this one, she’s not taking her interfering ex to heart quite as much. Also I’m enjoying the slow burn romance that I feel is building between her and Robin Yardley.

I have to be honest near the sixty percent mark, I felt myself drifting off a little but the satisfying ending made up for it.

Mystery at Seagrave Hall is a light hearted mystery which really kept me guessing throughout.

Clare Chase writes women sleuth mysteries. After graduating from London University with a degree in English Literature, Clare moved to Cambridge and has lived there ever since. She’s fascinated by the city’s contrasts and contradictions, which feed into her writing. She’s worked in diverse settings – from the 800-year-old University to one of the local prisons – and lived everywhere from the house of a Lord to a slug-infested flat. The terrace she now occupies, with her husband and teenage children, presents a good happy medium.

As well as writing, Clare loves family time, art and architecture, cooking, and of course, reading other people’s books.

You can find Clare’s website and blog at www.clarechase.com