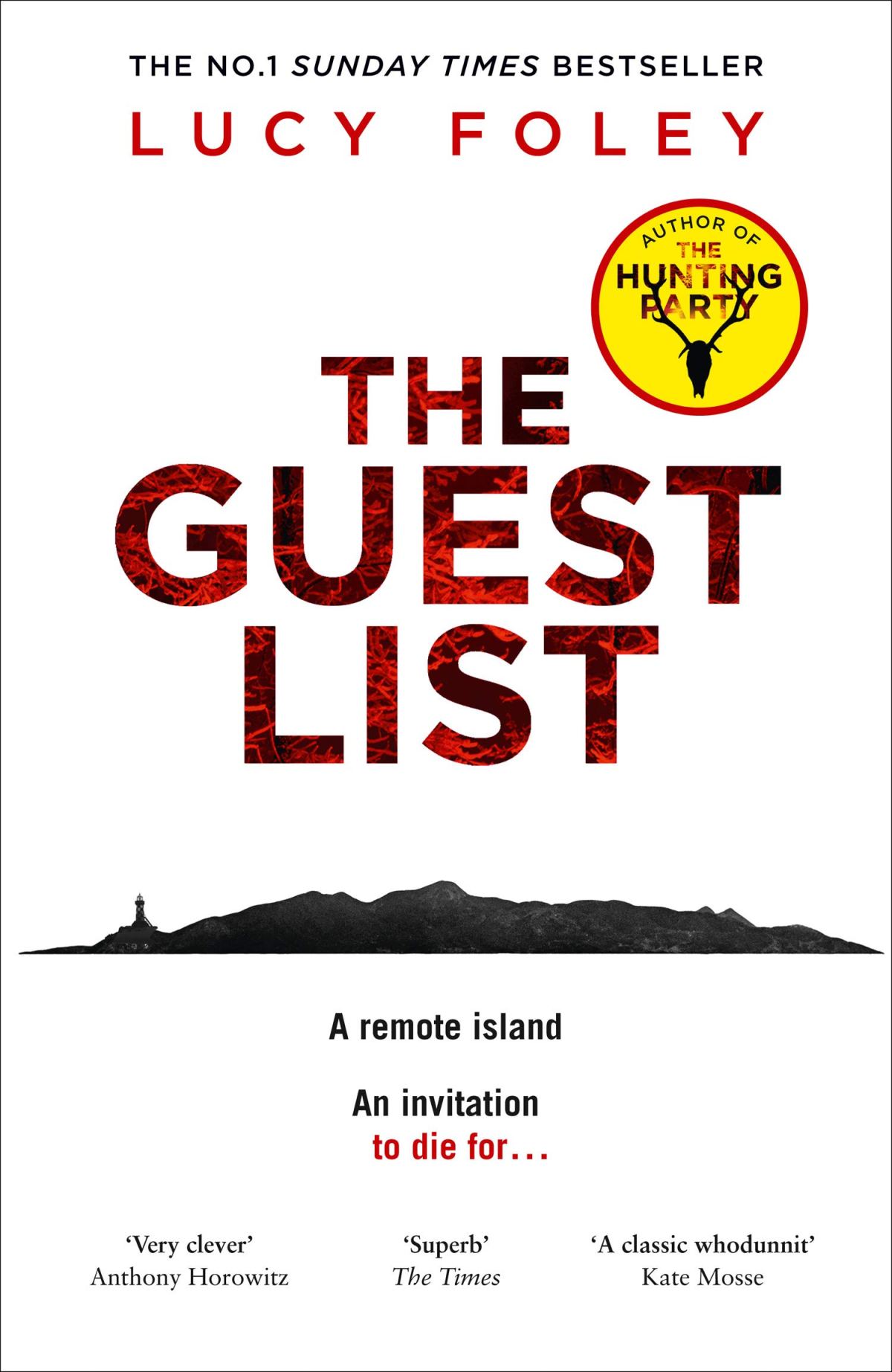 Another murder. Another mystery.

Guests are called to a remote island off the Irish coast to celebrate the wedding of the year – the marriage of Jules and Will. Everything has been meticulously planned, the scene is set, old friends are back together.

It should be the perfect day.

Until the discovery of a body signals the perfect murder.

A groom with a secret.

A bridesmaid with a grudge.

A plus one with motive.

A best man with a past. 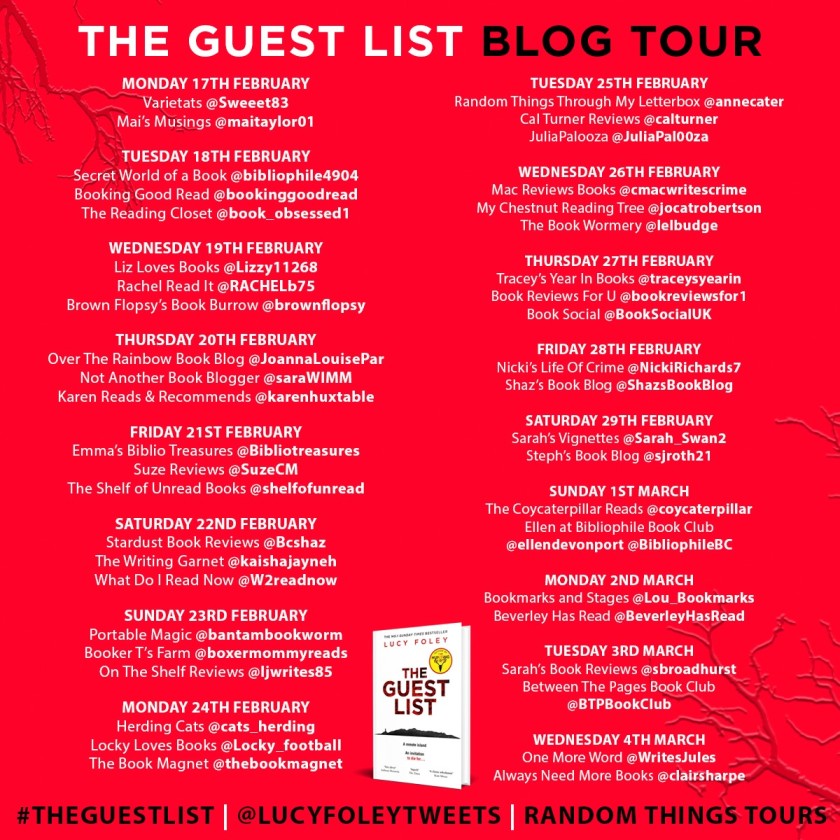 I want to thank Anne Cater for inviting me on this tour and Harper Collins for providing me with a copy of The Guest List in exchange for an honest review.

This is my first novel by Lucy Foley and after reading this I’ve added her first novel The Hunting Party to my bookish wishlist!

The Guest List is a fabulous piece of psychological suspense!

It’s told from several viewpoints, each one adding their own unique perspective to the story. The characters are flawed, realistic, damaged in their own different ways. They’re not all that likeable but I had a particular soft spot for the plus one Hannah.

I absolutely love a book with atmosphere and the guest list has it in bucketfuls. The creepiness just oozes from the pages. I loved the almost deserted island setting with all the folklore and superstitions surrounding it, it was almost like a character in itself.

Truthfully I guessed the victim by about half way but there were plenty of twists and turns that kept me on my toes throughout.

The Guest List is a skilfully written, immersive and utterly fascinating thriller.

several years as a fiction editor in the publishing industry, before leaving to write full-time. The Hunting Party, an instant Sunday Times and Irish Times no.1 bestseller, was Lucy’s debut crime novel, inspired by a particularly remote spot in Scotland that fired her imagination. Lucy is also the author of three historical novels, which have been translated into sixteen languages. Her journalism has appeared in ES Magazine, Sunday Times Style, Grazia and more.