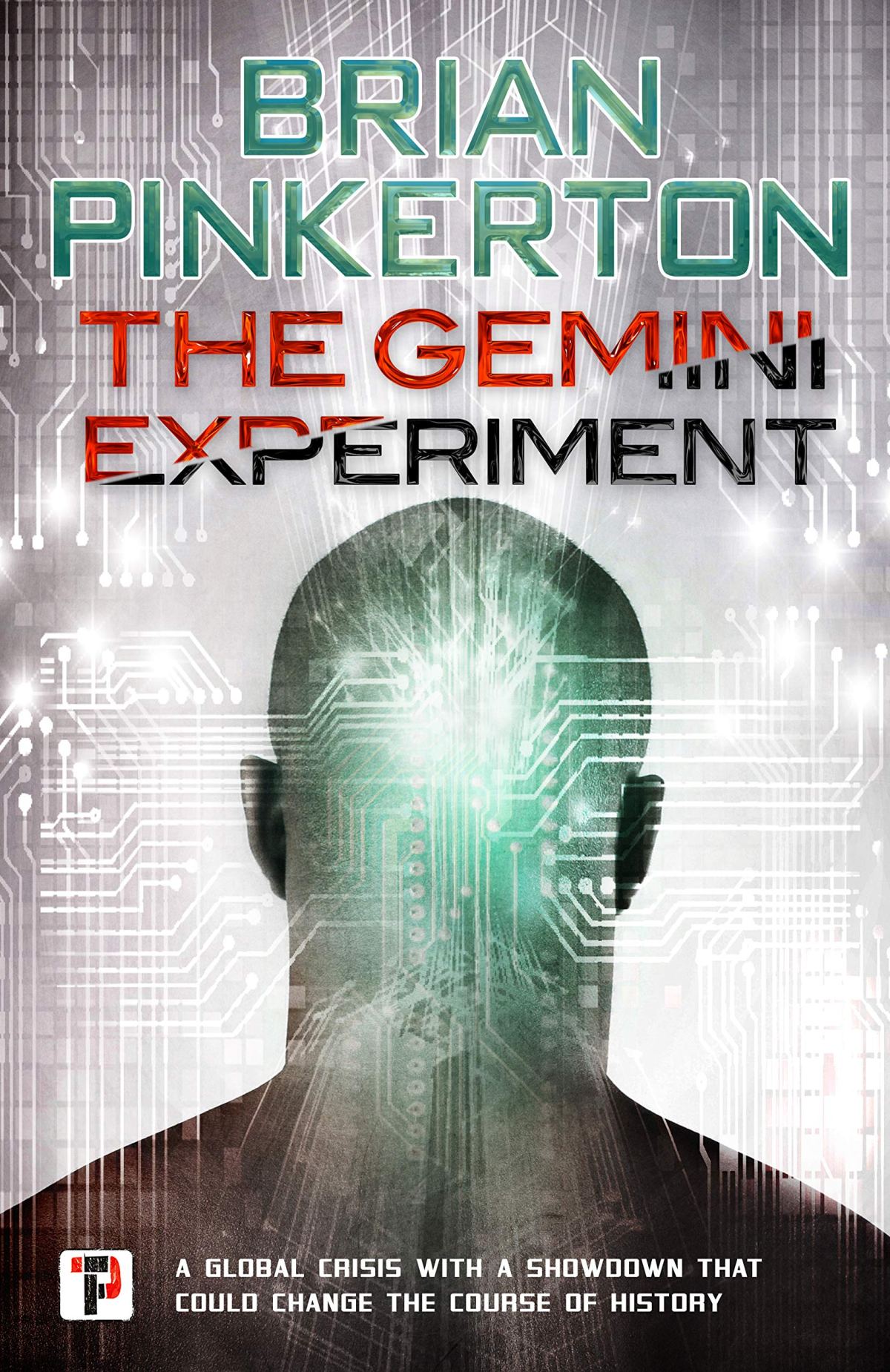 In a secret lab, a team of doctors and scientists funded by a mysterious billionaire create the first human replica entirely from technology. The robot is prepared to host the digitized consciousness of Tom Nolan, a family man suffering from a terminal illness.

But when Tom’s replica escapes before the transfer can take place, he is faced with the horrors of an alter ego bent on death and destruction. When the experiment draws the attraction of spies, Tom is caught up in an international crisis with a showdown that could change the course of the world.

Wow, where to start with The Gemini Experiment. I just couldn’t predict what would happen next while I was reading it!

Tom Nolan is your average guy with a good heart and happy family life, until he’s struck down with Lowrey’s disease which is a bit like motor neurons disease. He looking at a death sentence until his old friend offers him a chance at eternal life in the form of secret project funded by a mysterious billionaire.

He has his reservations but agrees, his likeness is used to create a prototype. Before they can put him into his new body they test it out with another person, a convicted felon who is dying of cancer.

The felon escapes inside the robot and commits crimes which are pinned on Tom. His hopes of being cured go down the drain but more sinister things are in play which could change the fate of humanity.

I started reading it, I thought to myself this would make such a good movie! There’s so much action, plenty of twists and good dollop of life or death situations. It’s not overly technical, so if like me you like sci-fi but don’t have the greatest knowledge of anything scientific I would definitely recommend it.

With regards to the robots, I also felt everything was explained well and I didn’t have any real questions.

I know this is science fiction but there were times where I thought to myself this actually might happen in the future! As the book went along though, I did think it got a little more out there and unrealistic but of course that’s just my opinion.

The Gemini Experiment is pure action packed sci-fi entertainment from beginning to end.

Brian Pinkerton tells stories to frighten, amuse and intrigue. He is the author of novels and short stories in the thriller, horror, science fiction and mystery genres.

His books include Abducted (a USA Today bestseller), Vengeance, Anatomy of Evil, Killer’s Diary, Rough Cut, Bender, Killing the Boss and How I Started the Apocalypse (atrilogy). Select titles have also been released as audio books and in foreign languages.

His short stories have appeared in PULP!, Chicago Blues, Zombie Zoology and The Horror Zine. Brian has been a guest author and panelist at the San Diego Comic Con, American Library Association annual conference, World Horror Convention and many other literary and genre events.

His screenplays have finished in the top 100 of Project Greenlight and top two percent of the Nicholl Fellowship of the Academy of Motion Picture Arts and Sciences. Three of the scripts have been compiled in a collection, Unreleased.

Brian received his B.A. from the University of Iowa, where he took undergraduate classes of the Iowa Writers Workshop. He received his Master’s Degree from Northwestern University’s Medill School of Journalism. Brian lives in the Chicago area and invites you to visit him on Facebook, Goodreads, Twitter and at http://www.brianpinkerton.com. Brian is also a cartoonist and his web site includes his deranged cartoon series, The Ruts.