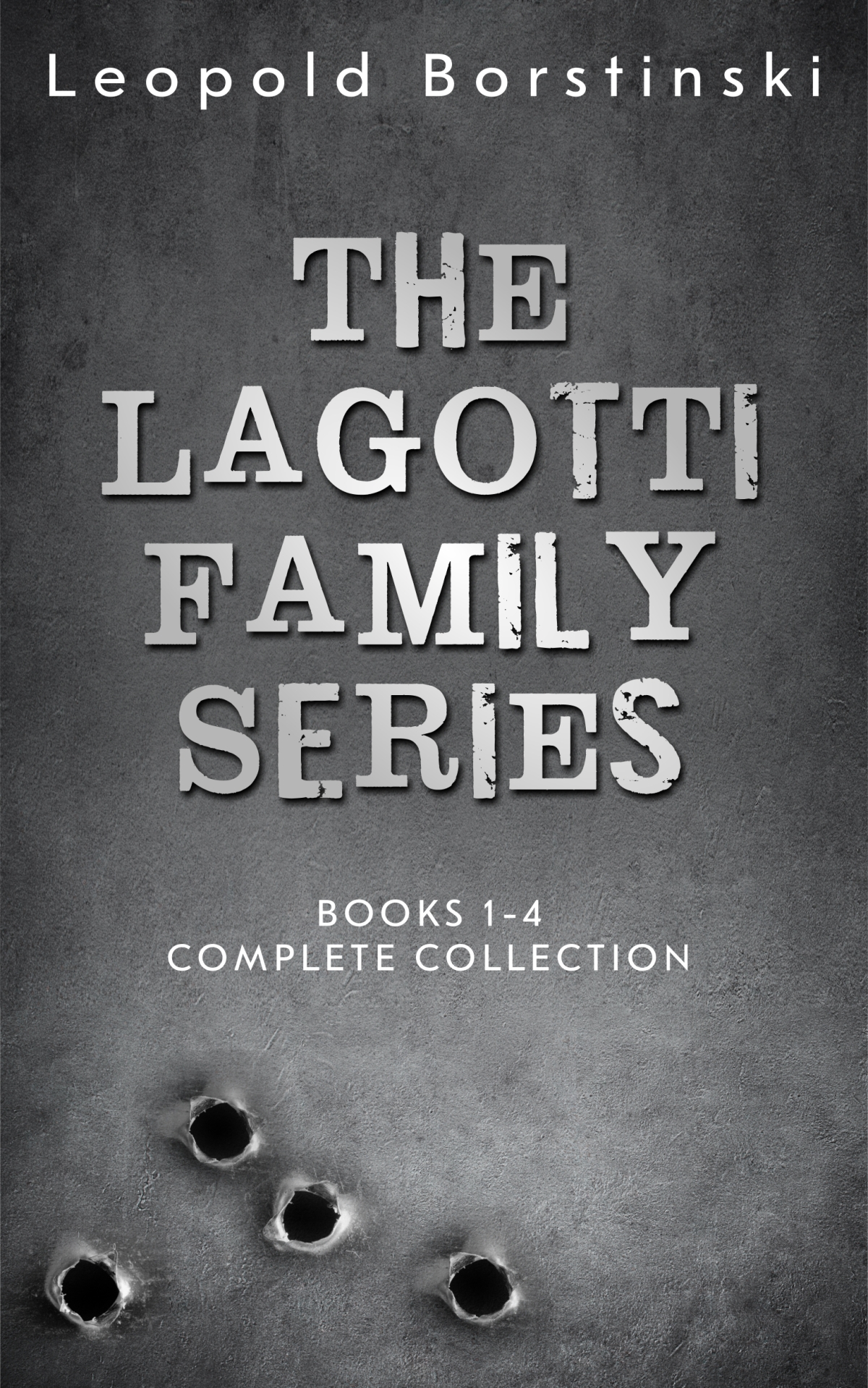 Hello lovelies! Today as part of the blog tour for the The Lagotti Family series which is now available in a boxset, I have an exclusive extract from the fourth in the series Mama’s Gone. But first a little about the books: 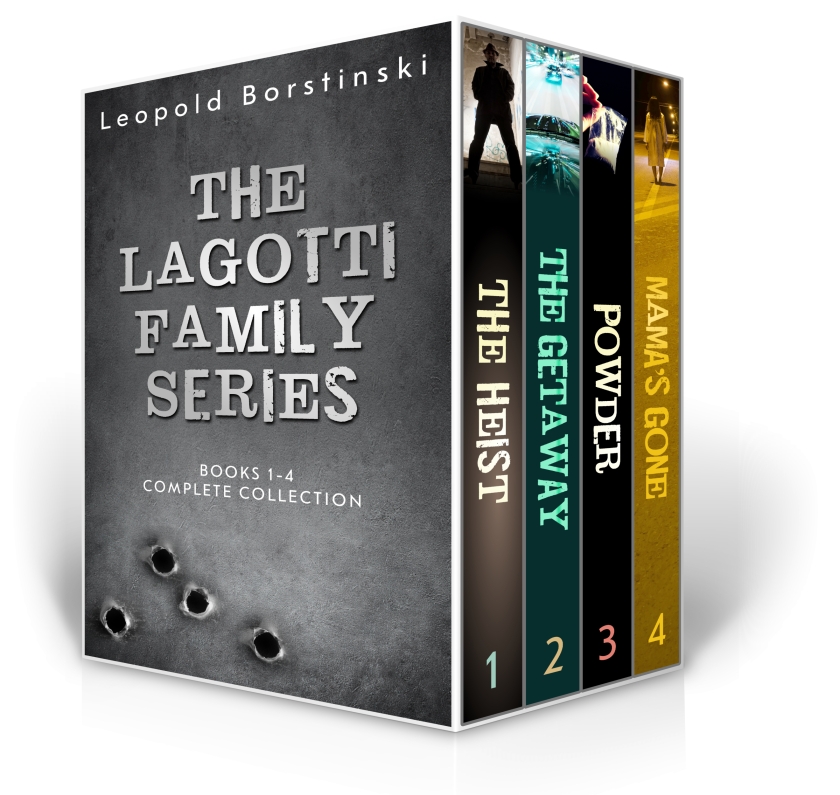 Two generations and four decades in the lives of Frank, Mary Lou and the rest of the gang

The Heist: After leaving Baltimore Penitentiary, Frank’s get rich quick scheme to rob a bank requires his girlfriend, Mary Lou to sleep with an inside guy and for his gang to stay together long enough to take down the vault. Meanwhile Mary Lou falls for the inside man and can’t decide whether to go with him or Frank. If she chooses the wrong fella she’ll be penniless and wind up dead. How would you choose between a fool and a dreamer?

The Getaway: After ex-con Frank and his girlfriend Mary Lou rob a Baltimore Bank, they must flee across country before the Feds find them and the mob ices them for stealing from an organized crime boss. As they dash to California, trust becomes the most important currency as Frank and Mary Lou grapple to decide whether love is enough to keep them together. And by the time they reach their goal, they must fight to the death to survive hired guns and trained police shooters. If they don’t kill everyone in their way then they will die themselves. Would you risk everything for a sack of greenbacks?

Powder: When Mary Lou takes the proceeds from a bank robbery to start up her heroin dealing business, old enemies circle overhead and threaten the lives of her twins. How will she keep them safe in such a dangerous place and what is she prepared to do to secure her new venture?

Mama’s Gone: When Mary Lou makes some bad decisions, her twins and her husband must decide whether she’s losing her mind. If they can get that cleared up then all they have to worry about is their feud with the Russian mob. And then someone goes and ices the old lady. Who would have the cajones to murder the head of the Lagotti family? 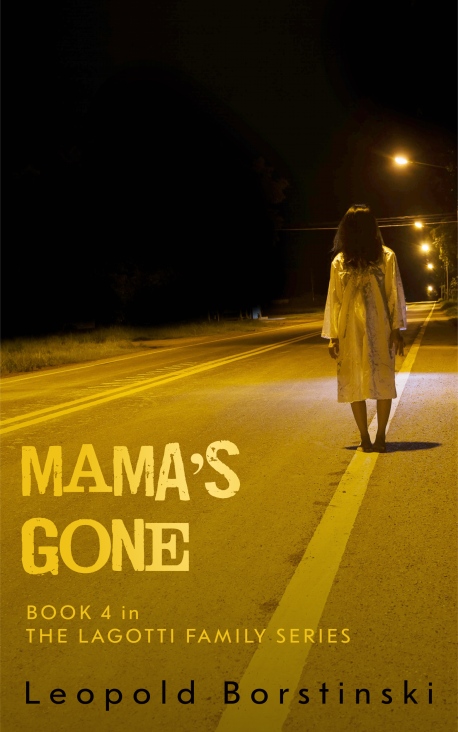 Zing. Alice first heard a whizzing noise and then felt a sharp movement of air – way before she saw anything. And then it was all too late. She turned to her Mama sat to her left as the woman’s head hurtled backward. The red circular mess where an eye once was. The blast of brain and skull that splattered the wall. Bobby threw himself toward Mary Lou to protect her from the assault, but there was no point.

He scurried over and lay on his dead wife as Alice hit the deck. Nikolay drew his revolver almost before the bullet flew through Mama, Alice thought. Lara Mikhailov dragged him down to the floor. Nobody in the room was above window height and there had been no fourth shot.

Three shots, one dead. A professional hit for sure. Worthy of the great Arnold Roach, may he rest in peace. Alice held her snub nose ready for action and Bobby cradled Mary Lou in his arms, rocking them side-to-side in the first moments of his grief.

Alice glanced at Bobby and looked at Nikolay. Had his gun been out before the zing? Couldn’t be certain of anything right now. Events unfolded around her and she felt completely estranged from them. Despite the body lying near her feet, Alice didn’t believe Mama was dead. She saw it was true, but it meant nothing to her. Like the world stopped still and she carried on breathing – only she continued on the sidelines as everything flowed ever onwards.

Nikolay’s bodyguard, Mikhailov edged to a window and cautiously inched her head to spot the sniper. Nada. Nikolay Markov spoke to her but Alice couldn’t discern a single word – still trapped in her time-slipped bubble. His mouth moved again but his expression became more aggressive. Angry.

“We know nothing of this. My mother’s been killed. You think I’d do that? To my Mama?”

Alice found a pistol lying in her hand, which she must have taken out of her handbag. An unconscious action. She glanced round and Bobby had let go of Mary Lou, holding a revolver. Someone would pay for killing her Mama. 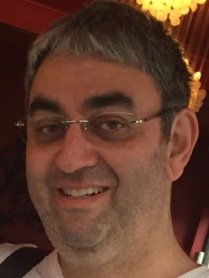 There is nothing he likes better so he does as much nothing as he possibly can. He has travelled extensively in Europe and the US and has visited Asia on several occasions. Leopold holds a Philosophy degree and tries not to drop it too often.

He lives near London and is married with one wife, one child and no pets.