WHAT IF THE PERSON YOU’RE ORDERED TO KILL IS THE WOMAN YOU WANT TO PROTECT?

Michael North, assassin and spy-for-hire, is very good at killing bad guys. But what happens when his shadowy bosses at the dark heart of the post-Brexit British government, order him to kill an innocent woman and North can’t bring himself to do it?

The woman is a rising political star, Honor Jones, MP. She has started asking dangerous questions about the powerful men running her country. The trouble is, Honour doesn’t know when to stop. And, now that he’s met her, neither does North…

New thriller writers come and go. I suspect this lady will stick around.” FREDERICK FORSYTH

“Grabs you from page one and won’t let you go… Action-packed from start to finish – but with tenderness and great characterisation too. Fast, sharply-written, clever and intense.” JEREMY VINE, BBC2

“A high-octane plot that centres around the dark heart of British political power. A great debut.” SUNDAY TIMES

Judith O’Reilly is the author of Wife in the North, a top-three Sunday Times bestseller and BBC 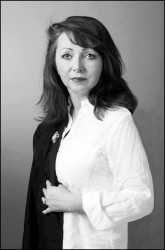 Radio 4 Book of the Week. Judith is a former political producer with BBC 2’s Newsnight and ITN’s Channel 4 News, and, when she isn’t writing novels, she writes forThe Sunday Times. Judith lives in Durham.