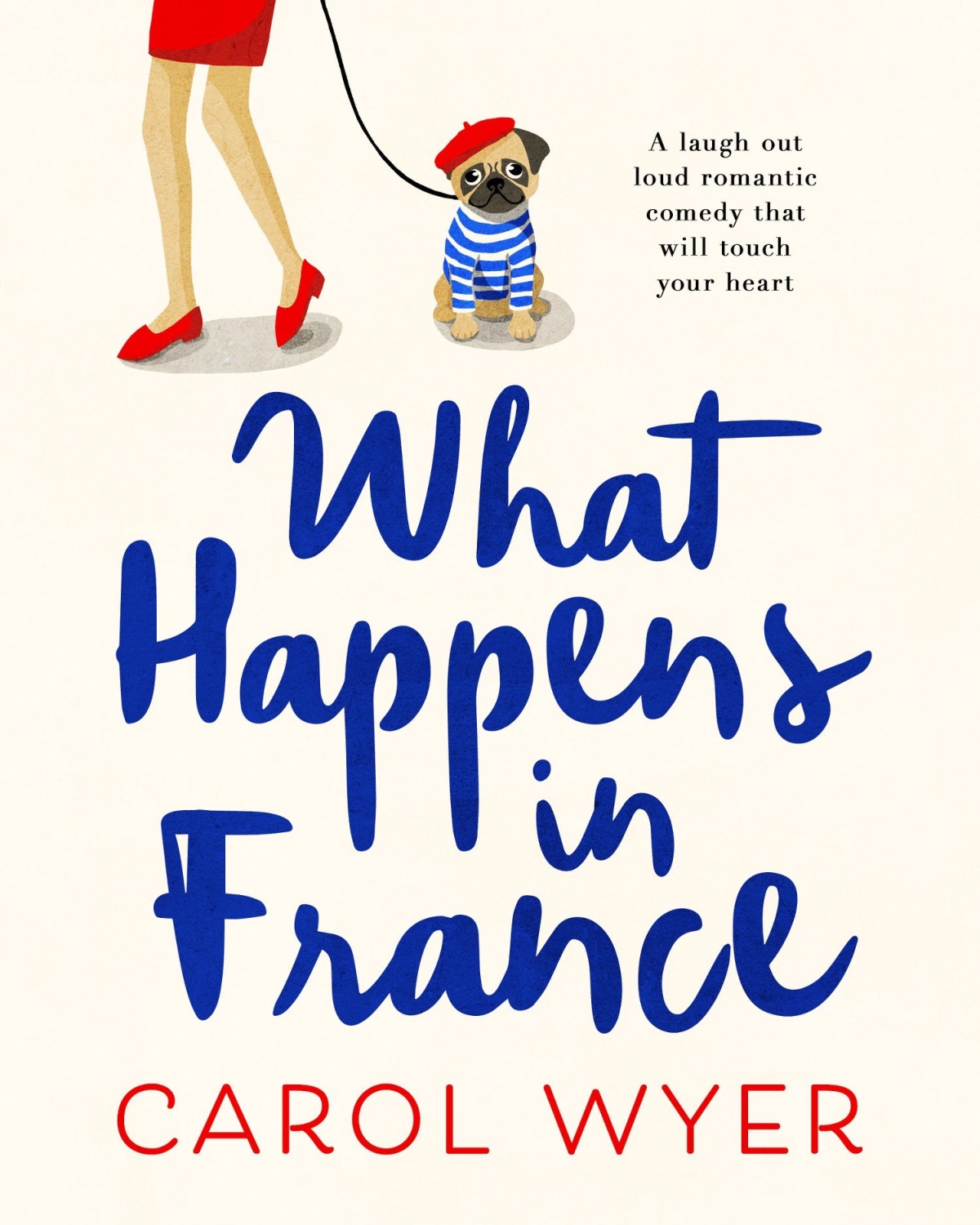 Title: What Happens in France by Carol Wyer

Bryony Masters has been looking for her long-lost sister, Hannah, for years, but when their father has a stroke her search takes on new urgency. So when primetime game show, What Happens in France, puts a call-out for new contestants, Bryony spots the ultimate public platform to find her reality TV-obsessed sister, and finally reunite their family.

With the help of handsome teammate Lewis, it’s not long before she’s on a private jet heading for the stunning beauty of rural France. With a social media star dog, a high maintenance quiz host and a cast of truly unique characters, Bryony and Lewis have their work cut out for them to stay on the show and in the public eye.

This heartwarming romantic comedy of friendship, family and laugh-out-loud adventures is perfect for fans of Kirsty Greenwood, Colleen Coleman and Marian Keyes.

Bryony Masters is desperate to find her older sister Hannah, who ran away at the age of sixteen, as her dad is seriously ill and doesn’t know how long he has left.

Getting on the show is just the first step, she must try and win as many challenges as she can talk about the search for her sister. Can she do it with the help of her gorgeous teammate Lewis? Will she find her sister?

So this is actually my first Carol Wyer book. She’s been on my radar for a while now, I’ve been dying to read one of her books but like with a lot of authors I just haven’t had the time until now.

What happens in France is one of those stories that can make you laugh one minute, then tear up the next.

Bryony has had a tough old time of it. Bullied for a rare condition that made her lose control of her body, then almost dying in a car accident leaving her scarred and to top that off her beloved sister ran away which she blames herself for. I felt very sorry for her but she hasn’t let those hardships hold her back and has managed to go university, then has had a successful career as an English teacher.

There’s also some fabulous secondary characters, each one unique and memorable. There’s the dashing Lewis, her level headed best friend Melinda who encourages Bryony to come out of her shell and the pompous and frankly annoying Professor Potts.

There were a couple of issues, I felt like it took a little long to actually get to the game show part, which was my favourite bit of the novel. Also some of the conversations felt a little like info dumps and seemed a bit stilted and unnatural but of course that’s just my opinion.

Overall What happens in France is an uplifting and fun read that will take you on an emotional rollercoaster right until the very end.

I received an ARC copy of What happens in France via NetGalley, all opinions expressed in this review are my own.

Carol Wyer, who also writes as Carol E. Wyer, is an award-winning author and stand up 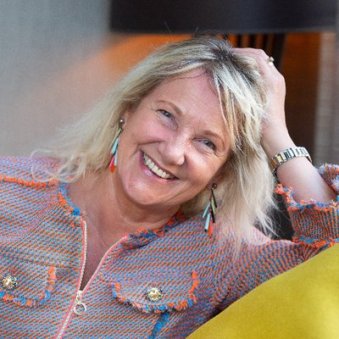 Carol moved to the ‘dark side’ in 2017 with the DI Robyn Carter series, starting with best-seller LITTLE GIRL LOST the #2 best-selling book on Amazon, #9 best-selling audiobook on Audible and was in the USA Today Top 150.

The Robyn Carter series has sold over 400,000 copies and foreign rights have been sold into 9 countries, earning her acclaim as a crime writer.

Following the success of THE BIRTHDAY and LAST LULLABY, 2019 sees the release of three more DI Natalie Ward books and two new romantic comedies, the first, the much anticipated WHAT HAPPENS IN FRANCE.

Carol has been interviewed on numerous radio shows discussing ”Irritable Male Syndrome’ and ‘Ageing Disgracefully’ and on BBC Breakfast television. She has had articles published in national magazines ‘Woman’s Weekly’ featured in ‘Take A Break’, ‘Choice’, ‘Yours’ and ‘Woman’s Own’ magazines and the Huffington Post.