Today I’m excited to bring you an interview and giveaway with new author Emma Miles as part of her first ever blog tour! A big thank you to Rachel from Rachel’s Random Resources for inviting me on this tour. Before we jump into the Q&A, a little about the book:

What price will Kesta and the fire-walkers have to pay to keep their people from enslavement?

The raids were more ferocious, more desperate and much earlier in the year. When Kesta sees in the flame who is really behind the attacks the Independent islands of the Fulmers seem doomed to fall.

Their only hope is to cross the sea to seek the help of the King of Elden and his sorcerer, the Dark Man.

Can you tell me a little bit about The Raven Tower?

The Raven Tower is based in a world with four lands, each with very different societies and theologies. Chem; the mountainous and snowy land of sorcerers where women are considered property. The Borrows; a series of small rugged islands whose people survive by raiding. Elden; a kingdom of relative wealth and peace. And the Fulmer Islands where the people are ruled by a woman and live closely with nature. When the small and independent islands of the Fulmers come under attack, they are forced to go to their much larger neighbour, Elden, for help. The king of Elden has a sorcerer, a man who was rumoured to have been washed up by the sea as a baby; he has a reputation of being a powerful and frightening man.

The book mainly follows three characters. Kesta, who is a fire-walker, gifted with a rare magic that allows her to see other places through the flames. She’s fiercely independent and has quite a temper.

Dia, who is Kesta’s mother and the ruler of the Fulmers.

And Osun, a merchant in Chem who is really the spy of an unknown and dangerous master.

Where did the inspiration for your book come from?

My ideas come from anywhere and everywhere! I’ve always had very vivid dreams and spent too much time daydreaming. Without giving away any spoilers, I’d started writing a book with a similar basic theme some years ago, but it didn’t quite take off. I started toying with the idea again but with a darker undertone and when I made a start on it, it just really took off.

If you could describe your book in one sentence what would it be?

Ha ha, are you trying to torture me? A lot of writers hate writing blurbs and synopsis with a passion and I’m one of them; one sentence is even worse!

Seriously though, I’ll give it a go.

Strangers from conflicting societies are forced to work together to save their lands from a vile and evil magic and an Overlord who would enslave them.

What is a typical writing day like for you?

Because of the job I do and the fact it’s shift work and long hours I find it hard to have a typical day. Sometimes it’s just squeezing in a quick email to myself, other days it’s taking a walk and sitting out under the sky seeing scenes unfold like movies in my head. On those occasions where I do get a few hours to write I’ll usually start my music playlist for that book to lose myself in and, if I’m lucky, immerse myself in the ‘writing zone.’

If you could recommend just one book everyone should read what would it be and why?

It’s always hard to pick one! I think I’d have to say ‘Feel the Fear and Do it Anyway’ by Susan Jeffers. It’s a self-help book that really turned my life around. I wish I’d read it years before I did.

Who are your favourite authors?

Is writing your only job? If not, what is your other job?

I’m a railway guard. I’ve been on the railway now for 18 years. I’ve had to deal with a huge variety of incidents and events including a train fire.

Tell me something interesting about yourself (that’s not in your author bio!)

Despite being incredibly shy, I did do a bit of acting and singing on stage when I was younger and had some voice training. When it came to doing my degree, though, my shyness won out and I went for backstage theatre work rather than front of stage.

The sequel to The Raven Tower. It was originally meant to be a standalone but I fell in love with the characters and couldn’t leave them where they were at the end of the book!

spend as much time as I can outside in nature and love exploring and learning about new cultures and languages. I’ve visited Greece, Serbia, Transylvania, Sicily and Norway as well as making several road trips around our beautiful United Kingdom. I paint, sculpt, dabble in photography and do a little archery but most of all – whenever I get a chance – I write.
My writing started from a very young age when I often found myself being the one taking charge of and entertaining all my younger cousins. They loved to hear my stories and although they mostly called for ghost stories it was fantasy I fell in love with when I read The Lord of the Rings when I was ten. I went on to write stories and short ‘books’ for my friends through school and college; then one evening whilst I was waiting for my aunt and uncle to visit an image came to my mind of a boy sitting beneath a bridge. I didn’t know who he was or why he was there, but from exploring those questions ‘The Wind’s Children’ trilogy blossomed and grew with roots going back into his far history as well as stretching out to his future. The boy’s name was Tobias.

I have since left Tobias’s world of ‘Naris’ to explore the Valley with Feather in the ‘Hall of Pillars’ which is now available through Amazon. I am now presently finding my way through Elden, the beautiful Fulmer islands, the ravaged Borrows and haunted Chem with Kesta Silene; a shamaness of sorts with a big journey ahead of her. I hope you come along to share her story and join her adventure; she needs you and you won’t regret it. 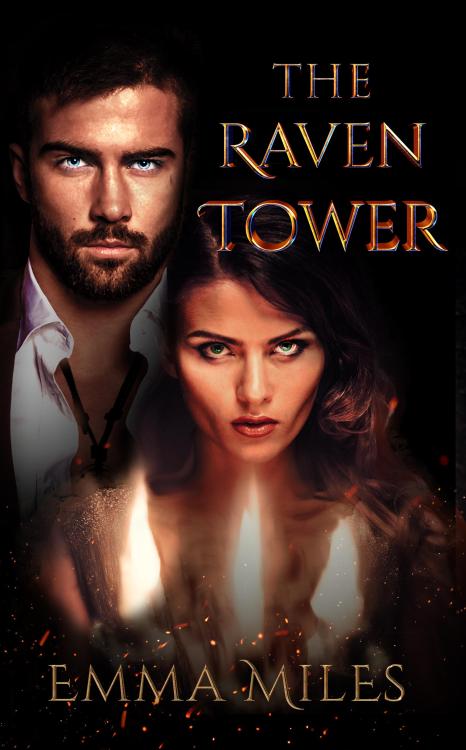 *Terms and Conditions –Worldwide entries welcome.  Please enter using the Rafflecopter box below.  The winner will be selected at random via Rafflecopter from all valid entries and will be notified by Twitter and/or email. If no response is received within 7 days then I reserve the right to select an alternative winner. Open to all entrants aged 18 or over.  Any personal data given as part of the competition entry is used for this purpose only and will not be shared with third parties, with the exception of the winners’ information. This will passed to the giveaway organiser and used only for fulfilment of the prize, after which time I will delete the data.  I am not responsible for despatch or delivery of the prize.