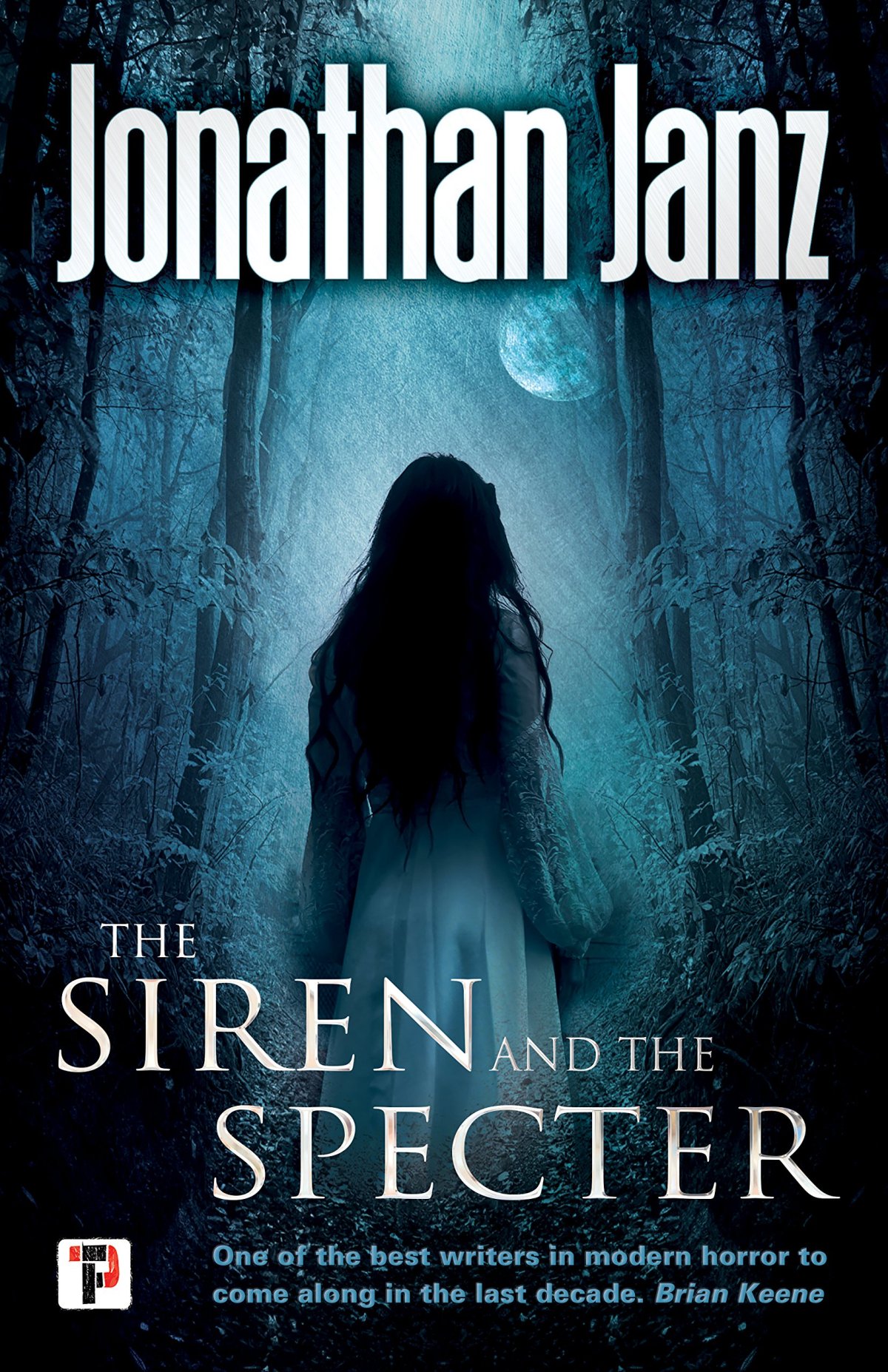 Title: The Siren And The Specter by Jonathan Janz

When David Caine, a celebrated sceptic of the supernatural, is invited by an old friend to spend a month in “the most haunted house in Virginia,” he believes the case will be like any other. But the Alexander House is different.

Built by a 1700s land baron to contain the madness and depravity of his eldest son, the house is plagued by shadows of the past and the lingering taint of bloodshed. David is haunted, as well. For twenty-two years ago, he turned away the woman he loved, and she took her life in sorrow.

And David suspects she’s followed him to the Alexander House.

When famous writer and sceptic David Caine is invited by his old Chris and his wife Katherine to stay in America’s most haunted house, the Alexander House, he leaps at the chance and the opportunity to write his next book on it. His idol John Weir was last seen at the house, a man also famous for debunking ghosts and demons and he’s desperate to get to the bottom of what happened to him.

Eerie things start to happen, voice singing in the night time, the temperature dropping for no apparent reason, the feeling of someone or something watching him which makes him even more determined to prove there is no ghosts within the house.

But David has his own ghosts to battle with in the form of his ex girlfriend Anna who committed suicide twenty years earlier. As he starts to explore the surrounding area he finds it’s very familiar, in fact he used to visit there with Anna years ago. Is it just a coincidence or is there something more? Will he get to the bottom of the mystery or will he lose his life in the process?

If like me you’re a bit of a wuss when it comes to anything scary, do not read this book at night time! I made the mistake of doing just that and spent half the night trembling under my covers.

I can honestly say there was never a dull moment in the story. The Siren and The Specter is packed with murder, mystery and the macabre and I found myself, even though I was terrified, wanting to read on. Jonathan Janz has a fantastic writing style that gripped me from the very beginning with it’s fantastically flawed characters and unnerving setting.

At first I didn’t like David that much. He’s a bit of a womaniser who always thinks he’s right and frankly a little bit pompous but as the story goes on you find out more his history which made me understand him a little bit more. Also the fact that he goes ghost hunting when he seems to be terrified of actually meeting a real ghost amused me no end.

The only warning I will is there are scenes of child neglect and talk of abuse which people may find a little upsetting (I know I did).

The Siren And The Specter is a twisted and creepy that I recommend to fans of haunted house mysteries and ghostly tales.

I’m actually looking forward to reading more of Jonathan Janz’s books even though this one scared the living daylights out of me!

Check out the other amazing blogger on the tour here:

Jonathan Janz is the author of more than a dozen novels and numerous short stories.

His work has been championed by authors like Joe R. Lansdale, Jack Ketchum, and Brian Keene; he has also been lauded by Publishers Weekly, the Library Journal, and the School Library Journal.

His novel Children of the Dark was chosen by Booklist as a Top Ten Horror Book of the Year.

Jonathan’s main interests are his wonderful wife and his three amazing children.